Just a minute’s walk from the beautiful seafront, our house is the ideal place to come & stay for your break. With it’s period features, English Heritage Blue Plaque, panelled dining room ; two kitchens, there’s ample room for everyone. It is minutes from shops, bars and amazing restaurants so ideally placed while on a quiet street. There are a number of wild life parks in the area to explore, historic buildings, fun parks and golf clubs. There really is something for everyone in Kent.

This substantial, early Georgian (1716) town house is just 40 metres away from the sea front, nestling in the heart of the town’s conservation area. It has been the subject of a substantial programme of improvements, within the limitations imposed by the listing authorities, and is now an elegant, spacious and comfortable five bedroom property set over three floors and basement with four bathrooms, one being en suite.

There is a lovely sunny pretty walled private garden with a large table and chairs, perfect for outside dining.

This would suit families and groups of friends to enjoy being in the heart of Deal. The house is stunning and provides extremely comfortable living.

There are three steps up to the front door. This opens into a glazed ante lobby which itself gives onto the entrance hall proper. At the front of the house there is a spacious drawing room boasting many period features, and comfortable seating and a smart TV. Behind it lies the panelled dining room with a dining table that will seat 10 with ease. Hidden within its period fixtures are two fridges and ample storage for dining essentials together with ‘industrial chic’ food serving/preparation areas.

At the rear is the well-equipped galley kitchen with electric range cooker (five induction hobs and three ovens), full size dishwasher etc. Access to the garden and basement.

Stairs lead down to the basement ‘smuggler’s den’ kitted out with smart TV and casual seating area. This feeds into a the well-fitted smuggler’s kitchen with washing machine, small dishwasher, four hob electric hotplate (non-induction) and microwave. NB: Limited headroom for the tall.

Half landing and first floor

Stairs lead to the half landing where there is a shower room (walk-in shower), WC and basin. A half flight of stairs leads up to the large first floor landing with three bedrooms leading off it.

The Red Bedroom at the back of the house has sleeping arrangements for either a double or two single beds, depending on preference, and there is also a ‘sun lounge’ overlooking the patio garden and other beautiful buildings of the conservation area.

The Pink Bedroom at the front of house has similar sleeping arrangements as the Red Bedroom. Period shutters.

Second Front Bedroom /Study sleeps one comfortably, two at a squeeze. Views of the sea from the bay window.

There is at present access to the stairway running up the side of the house but this must not be used as its structure is deficient – it will be removed once the authorities have given their permission.

There is a travel cot and high chair at the house if required.

On the second floor there is a bedroom with double bed at the back of the house, a panelled bedroom at the front of house, also with double bed, with its panelled, en-suite bathroom with full bath and shower attachment and views to the sea.

There is a third bathroom with full bath and shower attachment and a fourth large (walk-in) shower room/WC at the back of the house.

Stairs to the loft area with, in emergency only, access to roof area. Too dangerous for general use.

There is a really pretty private courtyard garden which would be perfect for outside dining in the summer with a large wooden table and chairs.

Deal is a historic Cinque Port town and won High Street of the Year and has shops, bars and restaurants to explore. There is a pier to walk along as well as the long sea front with shingle beach. You can walk along the Ancient Highway to Sandwich, or just walk along the coast to one of the other coastal towns.

Walmer is just along the way with it’s castle and of course, there’s Dover another few miles further round with the White Cliffs and mediaeval castle and war tunnels. There are several amazing wild life parks in the area along with two Championship courses within 5 miles, including The Royal St George’s Golf Club which is holding The Open Championship in 2021 after it’s postponement.

Deal has its own train station with links to London and public bus services to the surrounding towns, villages and the city of Canterbury. There are some great walks straight from Deal or further afield to Dover, Kingsdown or Walmer 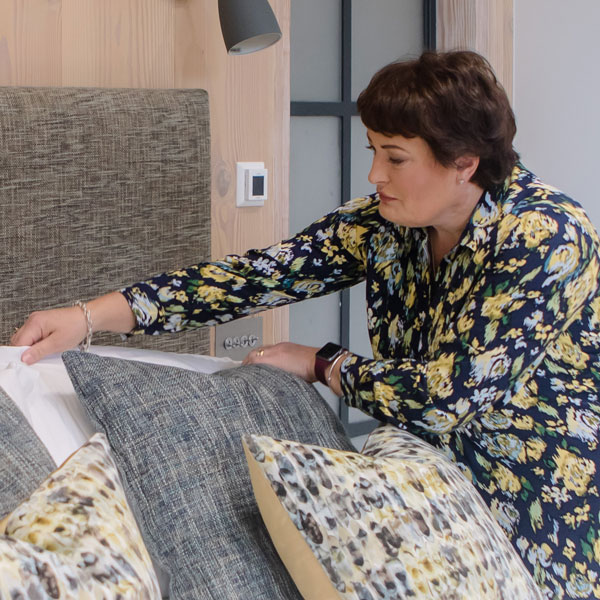 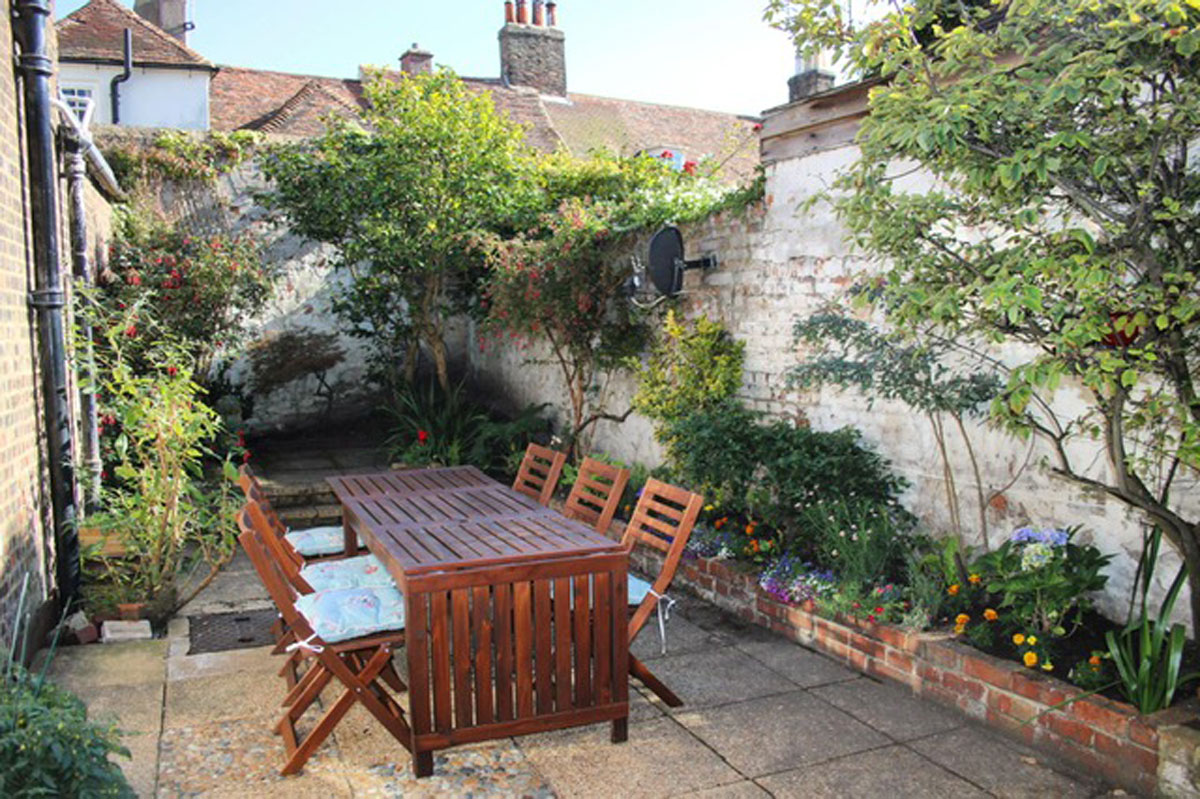 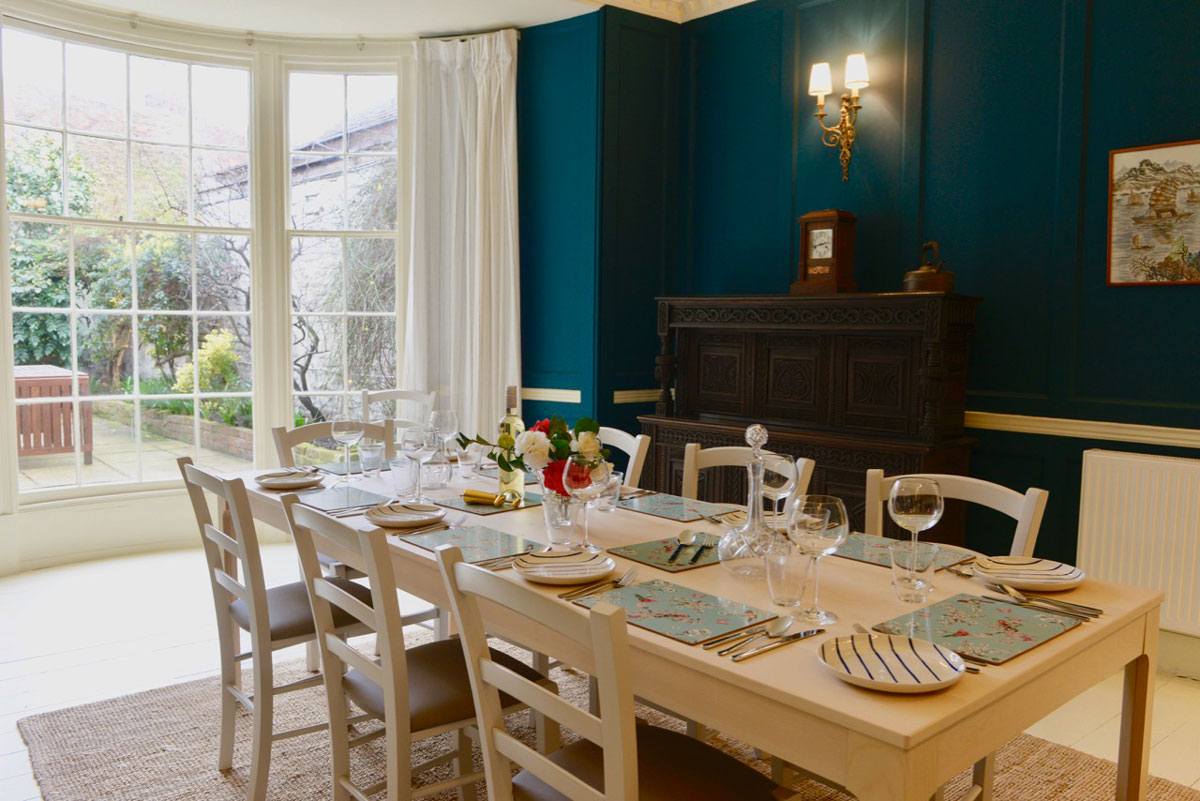 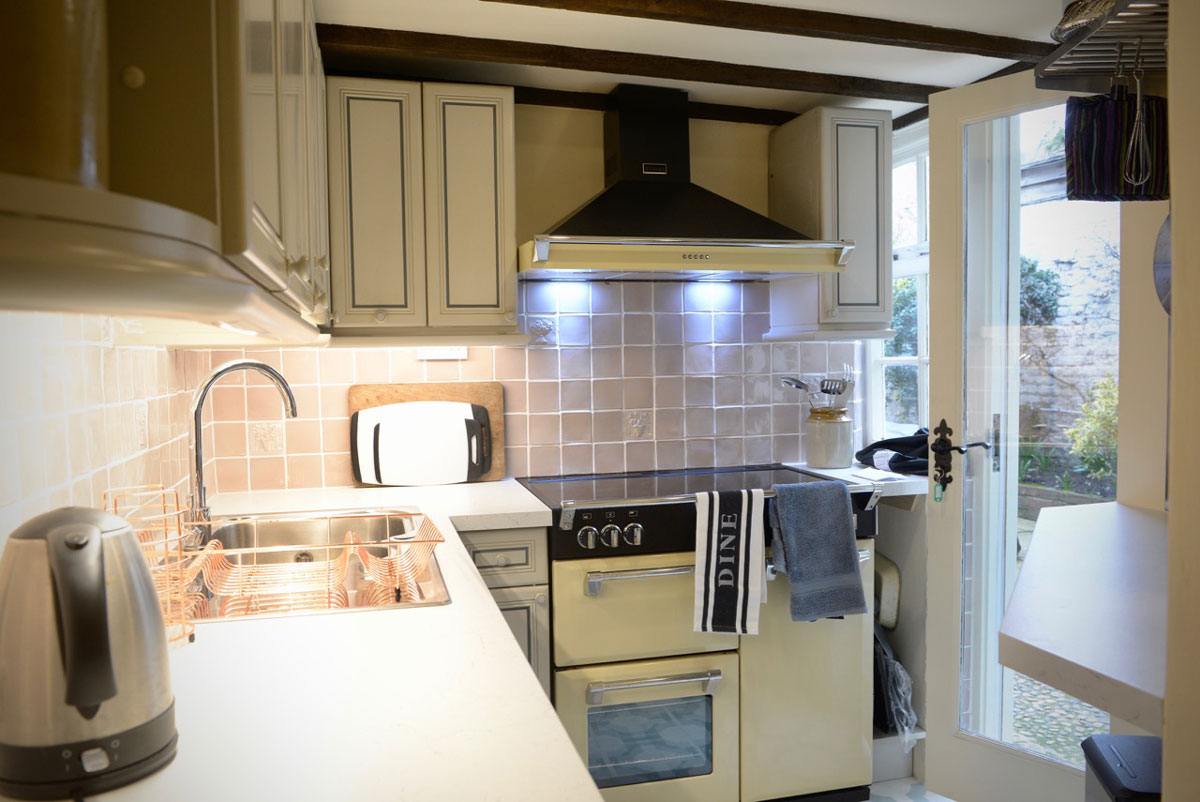 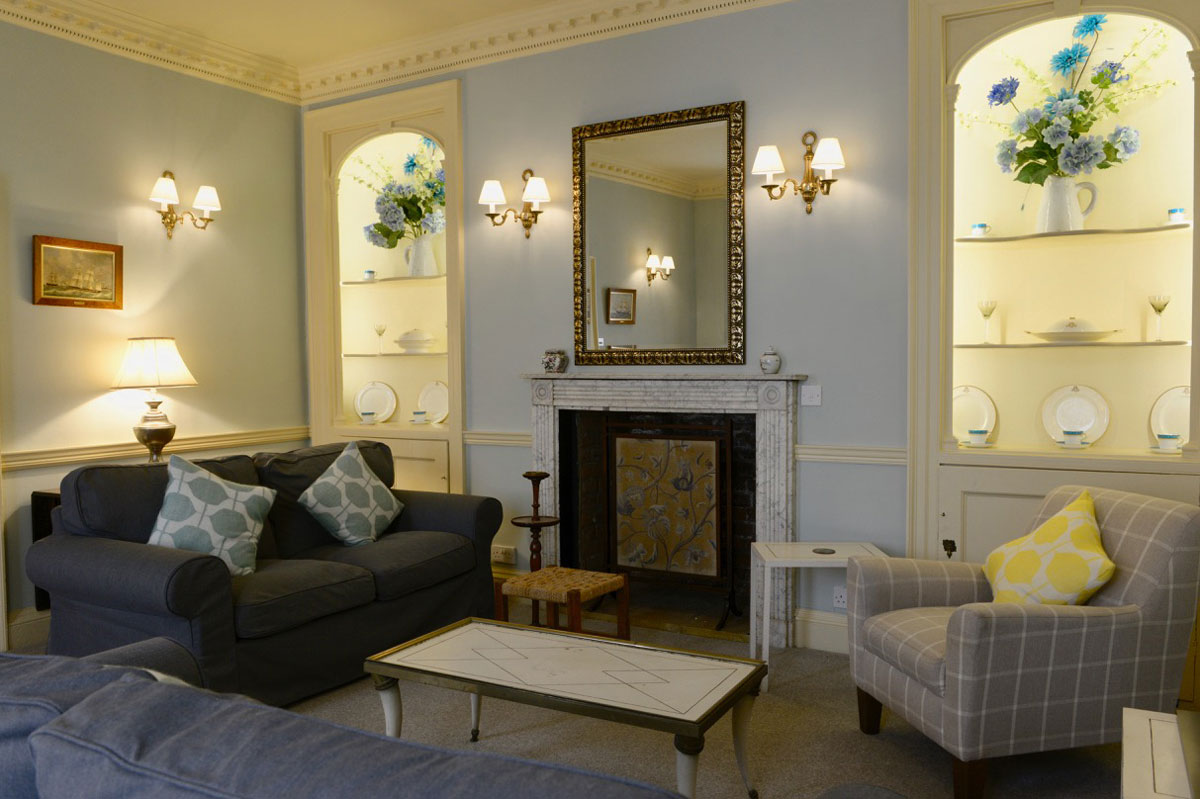 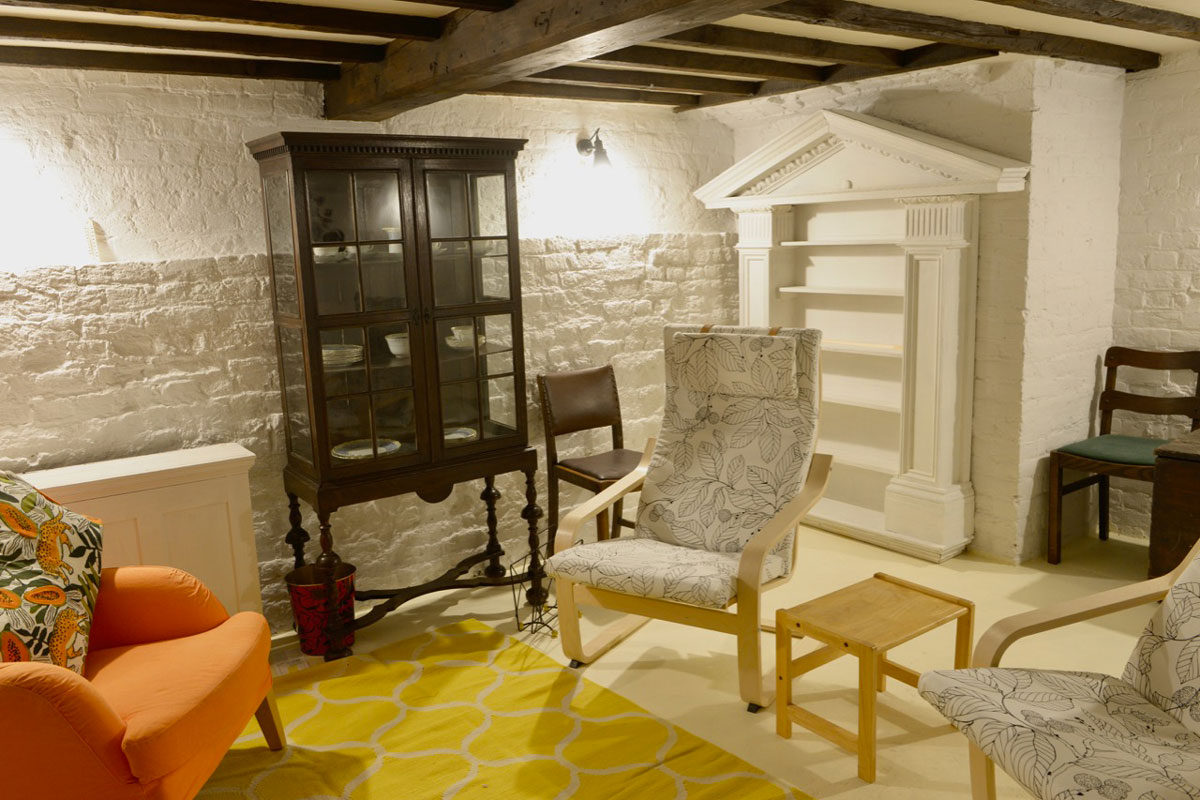 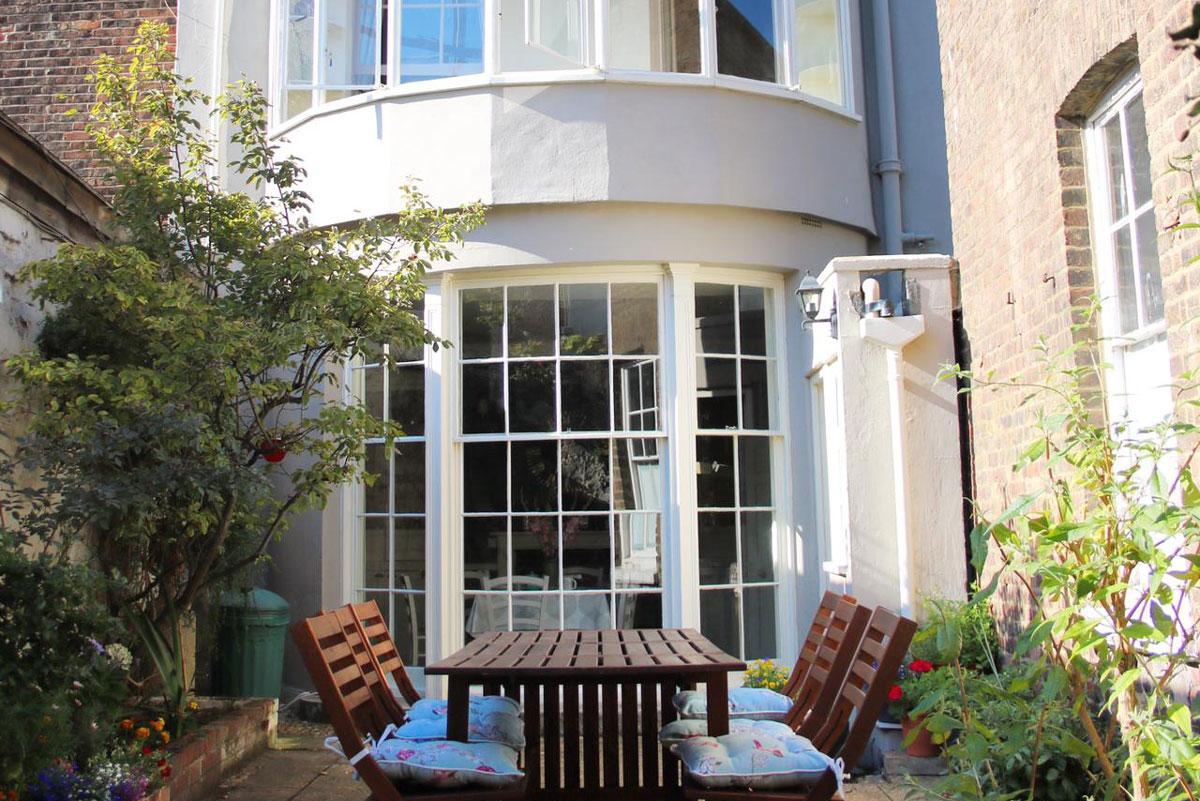 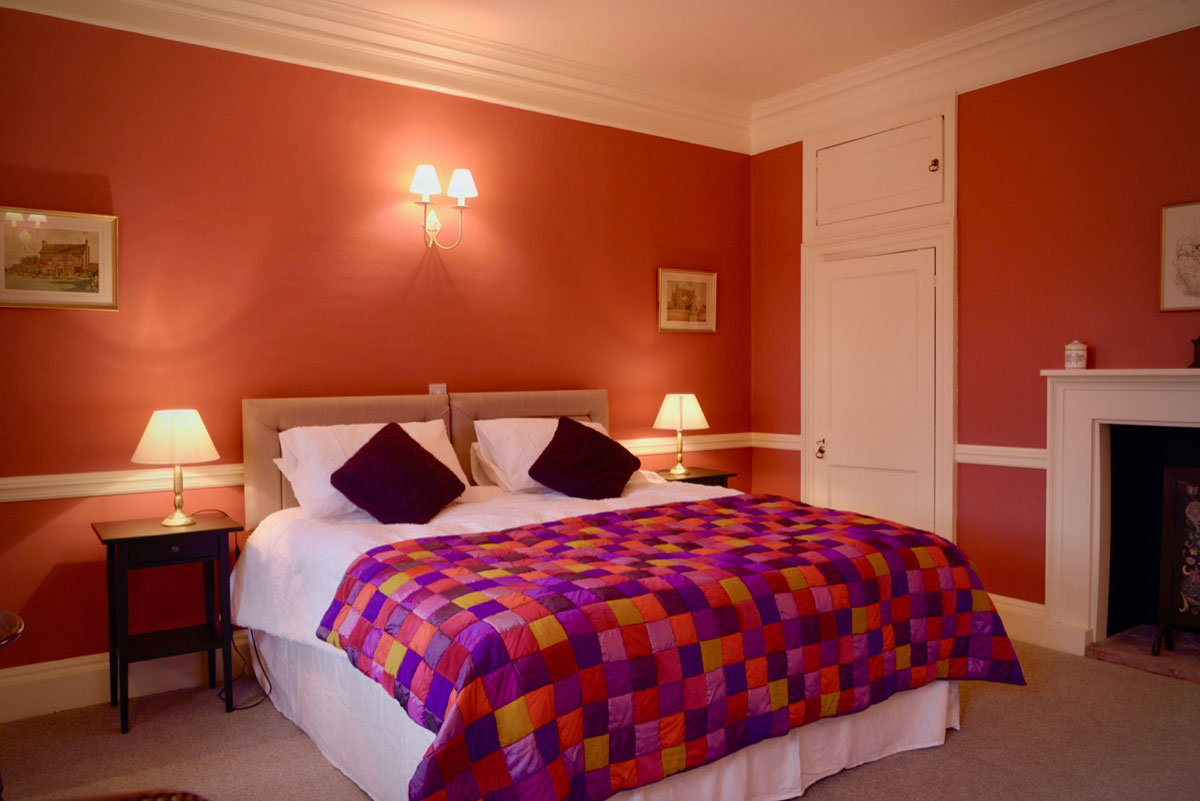 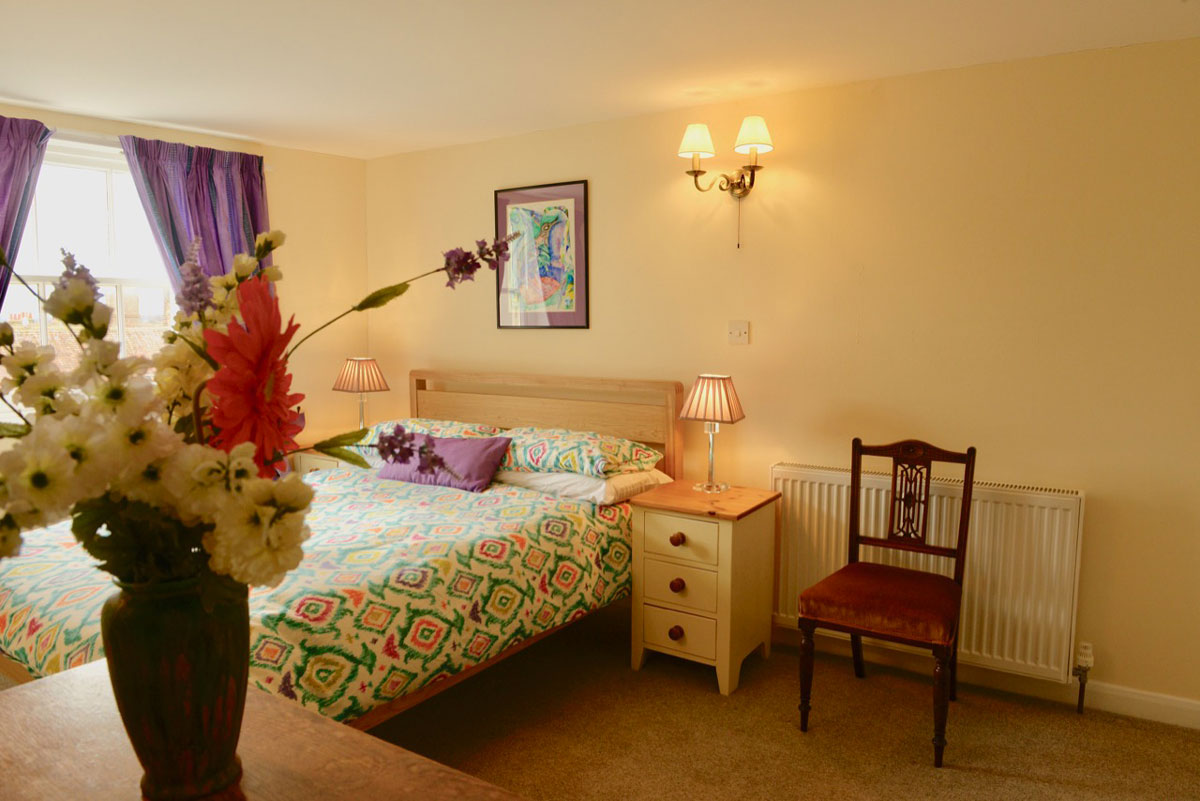 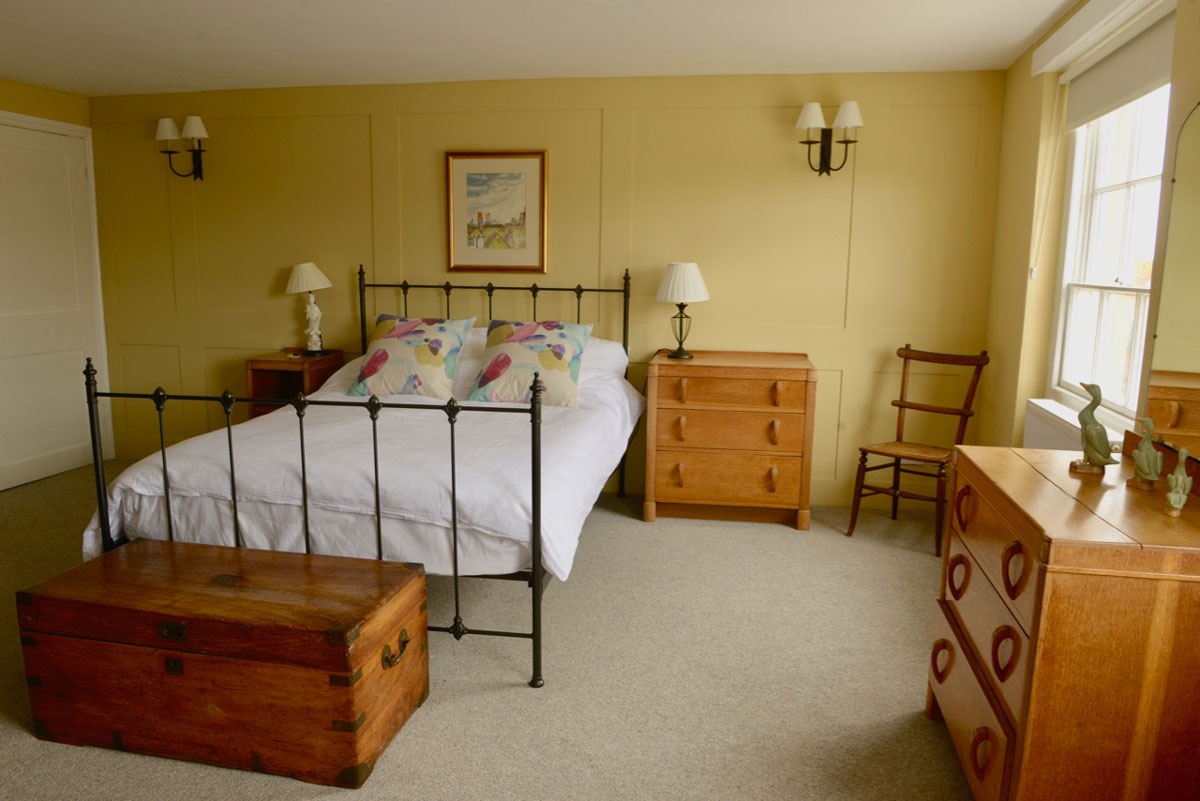 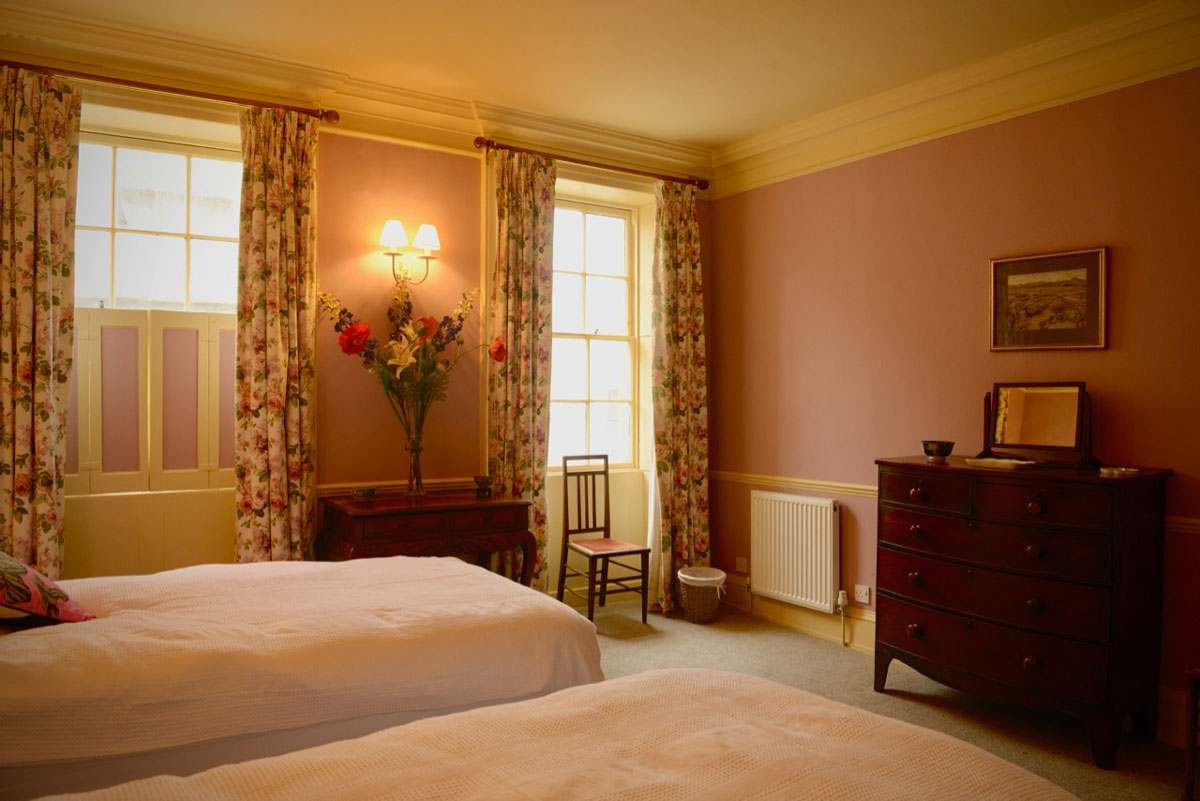 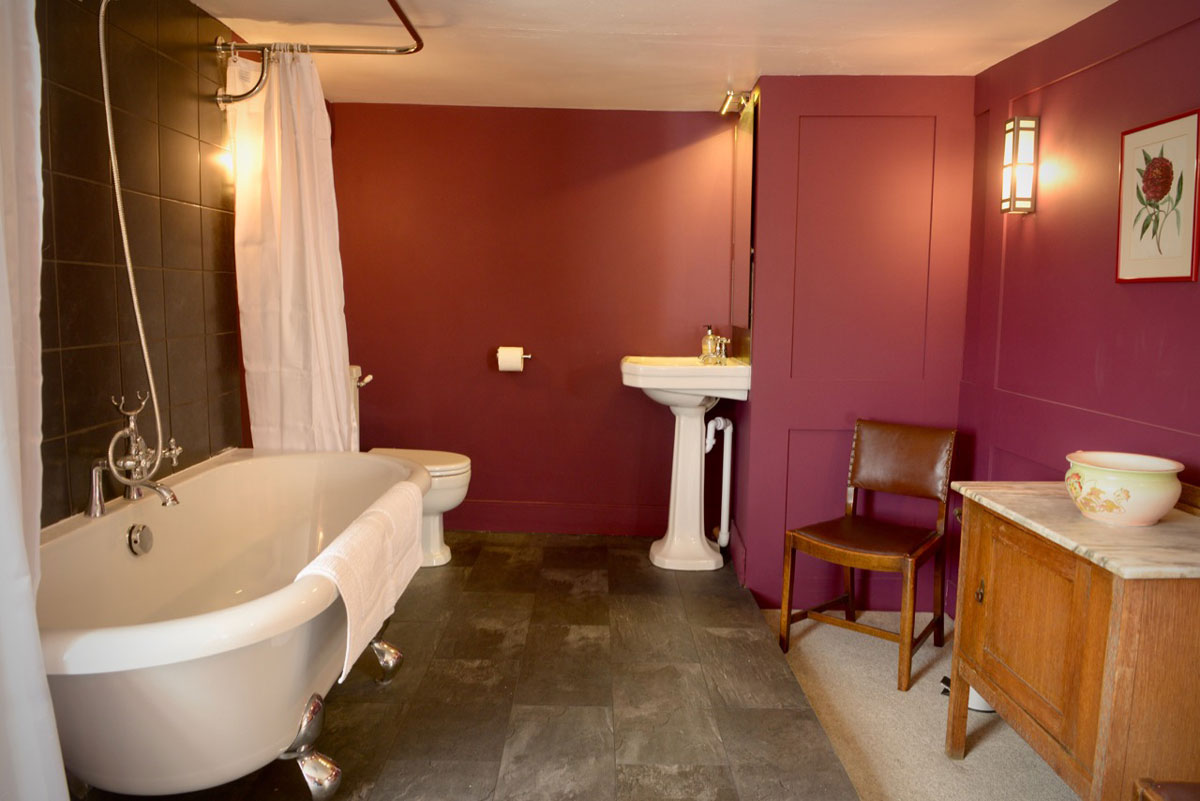 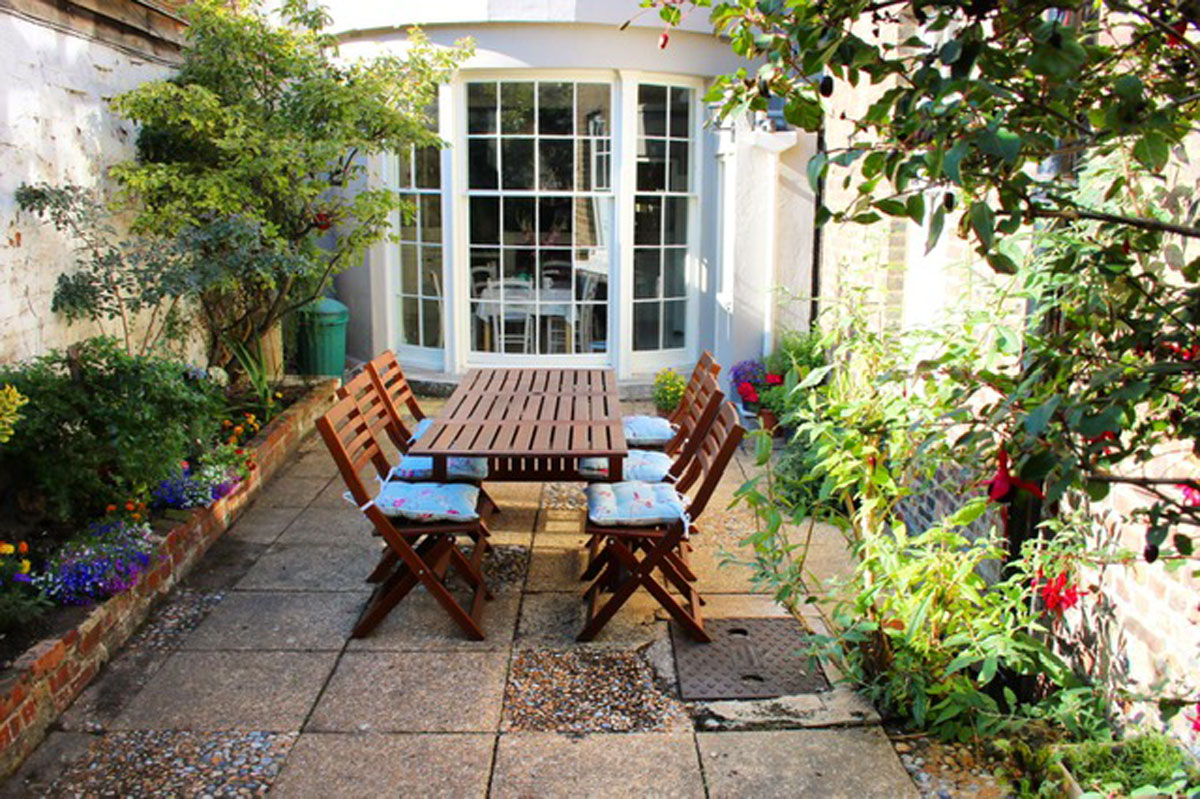 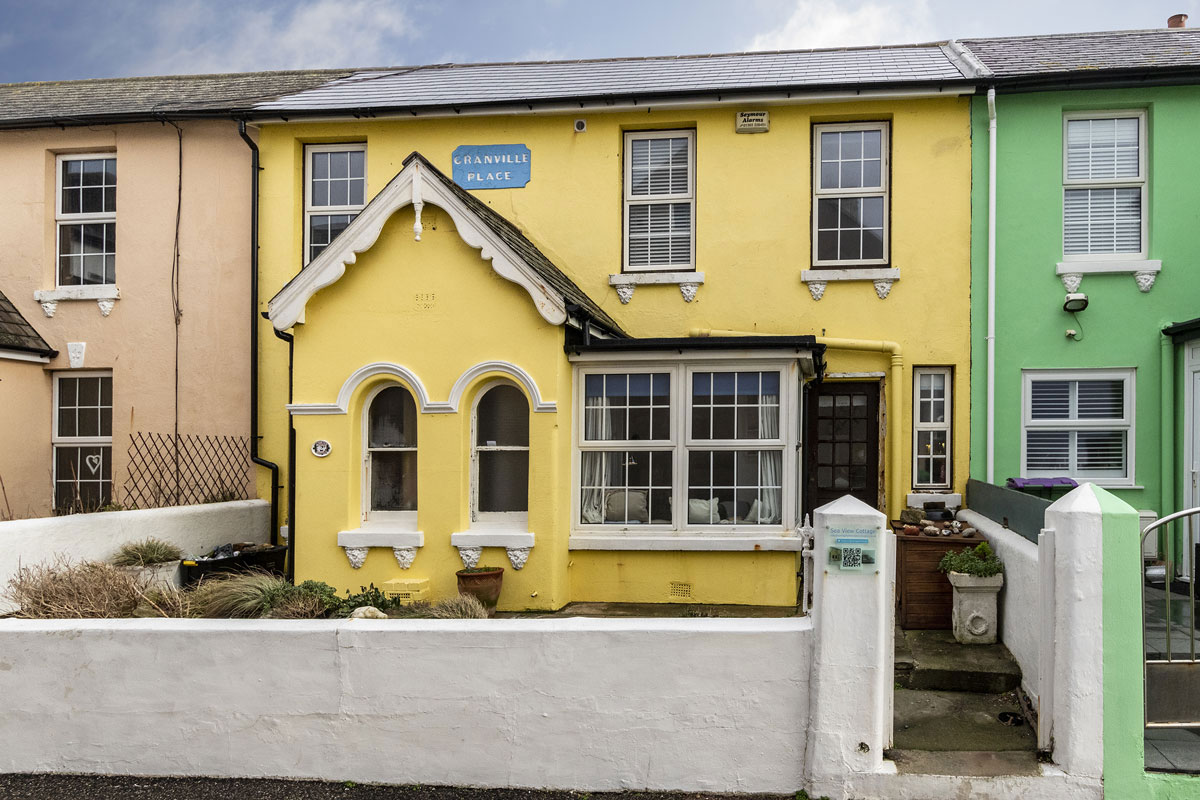 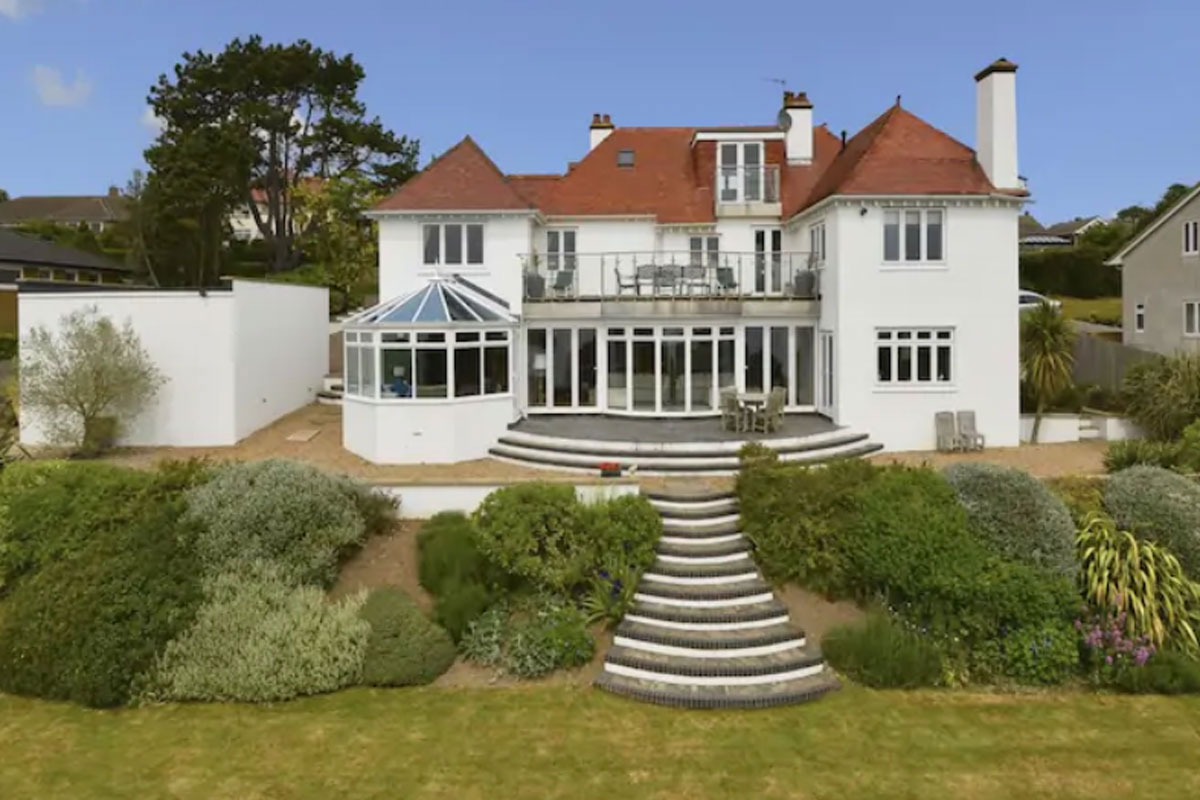 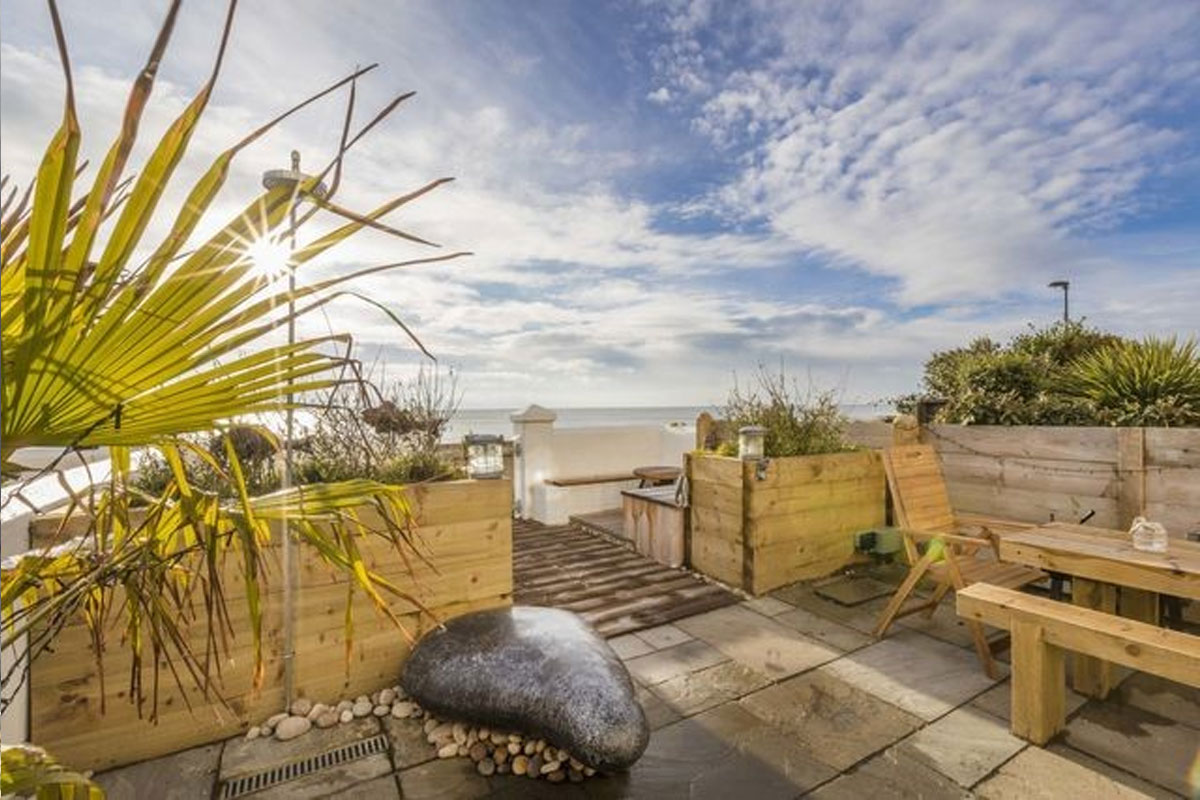